“Coffee retailers often court discriminate consumers through the marketing of single origin coffees with distinct flavor attributes. The Cup of Excellence has become a key mechanism for locating and certifying single origin coffees. In this paper use hedonic regression analysis to examine the price premiums for farmers generated by the origin attributes of 607 Cup of Excellence certified coffees from Central America. We find that while the greatest impact on the price premiums for a pound of coffee is the jury score awarded by coffee cuppers, several geographic factors, including the altitude of the farm, coffee farm size, country of origin and even sub-region of origin have significant effects on price premiums. While the price premiums conferred represent opportunities for farmers who have access to such markets, we argue that the appetite for single origin coffees may also contribute to uneven development.”

“Global Positioning System (GPS) based vehicle tracking data have been used to derive useful traffic data such as computing travel speed or congestion level (e.g., Herrera et al., 2010; Mohan, 2008) or measuring urban dynamics (e.g., Calabrese et al., 2011; Reades et al., 2007). Vehicle tracking data also have been used to analyze travel activities (e.g., Li et al., 2011; Liu et al., 2010). This study, on the other hand, focuses on identifying repeated spatio-temporal patterns embedded in a GPS-based taxi tracking dataset collected in Wuhan, China. Although taxi trajectories may appear to be chaotic at first glance, there could be important repeated spatio-temporal patterns embedded in taxi tracking data. For example, certain taxi drivers may have preferences of waiting for passengers at particular locations such as airports, train stations, etc. In many developing countries, it also is common to have two work shifts of drivers for one taxi. Identifying repeated spatio-temporal patterns embedded in vehicle tracking data thus can shed light on important travel and activity behavioral patterns.

Thesis Presented to the Faculty of the USC Graduate School, December 2012

“Student out-of-school suspensions have been an ongoing problem in US schools for many years. Current methods of analysis have not yielded new insights into this problem. The purpose of this thesis is to consider student suspension incidents from a spatial perspective. Using student level data provided by SBCUSD, a large urban school district in southern California, suspension incidents were geocoded and mapped to student home neighborhoods within the district for the purpose of identifying whether or not suspensions incidents are clustered and, if so, to determine by neighborhood where the clusters are located.

“Spatial analysis indicated that suspension incident clustering does exist. Hotspot analysis showed variations in the suspension incident clustering pattern when disaggregating results by significant student subgroups and incident types. Neighborhoods were classified by these patterns and the results visualized in a choropleth map. As a final step in the analysis, a geographically weighted regression model predicting districtwide suspension incidents by census block group was developed. The model, based on the total number of days previously suspended and the number of students identified as having a low socioeconomic status, had an adjusted R2 greater than 0.90. Additional research needs to be conducted to verify that the patterns noted within this thesis hold steady. If so, discipline issues within SBCUSD may in part be influenced by local neighborhood factors. This becomes an opportunity for the school district to act at a local level and identify strategies to reduce suspensions and improve student outcomes.”

“Recent national, regional, and community-level research has shown that the Internet has the potential to provide a powerful medium for political engagement. Yet, systematic analyses that consider space and place as critical components of this area of research are lacking. This issue is important inasmuch as the extant literature has clearly shown that the diffusion of sophisticated Internet technology to some places has been slow and that the use of high-speed broadband modems has a significant impact on using the technology for social and economic purposes. The data for this study come from the nationally representative Pew Internet and American Life Study conducted in November 2008 directly after the United States presidential election. Although the results are consistent with previous research on both spatial and digital inequality in terms of Internet use, the interactions between race and place suggest that it is not just that the Obama campaign used new media to mobilize constituents, but that these efforts were realized in a particular region of the country and were particularly influential in given segments of the population. Implications for future research and the value of digital capital are discussed.”

“The aim of the study is to do a spatio-temporal study of migration in Delhi. Studies done in relation to a spatio-temporal context helps in disseminating information about the area under observation with respect to two variables: space and time. Spatial in literal sense refers to space and a spatial study connotes the distribution of any phenomena over a defined space or area. No phenomena is evenly distributed over the earth surface and there exists wide variations, migration also is not evenly distributed over entire Delhi, here comes the need for a spatial study to see the distribution pattern of migrants into Delhi and which district of Delhi is attracting huge number of migrants and the reasons associated with it. On the other hand temporal means ‘time’ which is an important parameter to study any phenomena and its growth over space. The time factor will help in analyzing the amount and the magnitude of migrants coming to Delhi from to time since 1961-2001.”

“Conclusions: Findings support the proposed GIS-based defınitions of obesogenic neighborhoods for children and parents that consider both physical activity and nutrition environment features.”

“As Hồ Chí Minh City continues to undergo rapid urbanization, especially with the creation of a multitude of new urban zone developments on the periphery of the inner districts, the resettling of people has become common. Families who live within areas that are selected for urban upgrading or, as in other cases for the construction of new miniature cities, must face the realities of relocation. Many issues arise in the complicated process of resettling the displaced, due to complex land-use laws, bureaucratic dissonance, and lack of investment in actual resettlement housing. The authorities of Hồ Chí Minh City have faced palpable challenges in facilitating the many processes of resettlement, from persuading developers to invest in resettlement housing to establishing suitable compensation packages. Confusing legal labyrinths, delays in plan approval, and miscommunications between agencies, results in tangible affects on the highly vulnerable displaced families. Additionally, a serious disconnect arises between planners’ envisioned solution for resettlement housing and the real needs of the resettled, who are usually low-income workers. When the precise needs of displaced families and their prior sources of economic livelihood are disregarded, the general result is unsuitable design and the disordering of previously established socio-spatial networks. Additionally the displaced tend to be sent to occupy less advantageous space, as a result of gentrification, and are spatially repositioned in more excluded, disconnected marginal zones. Past and present resettlement procedures have faltered due especially to a lack of socio-spatial planning, which has resulted in undesirable threats to equitable metropolisation and rising potentials for urban fragmentation.”

“PURPOSE: The impact of media reporting on copycat suicides has been well established in various cases of celebrity suicide. However, knowledge is limited about the spatial and temporal relationship between suicide death and media reporting over a long period of time. This study investigated the association of suicide deaths with suicide news in longitudinal and spatial dimensions.

“METHODS: All suicides during 2003-2010 (n = 31,364) were included. Suicide news in the study period was retrieved from Google News, and included all available news media in Taiwan. Empirical mode decomposition was used to identify the main intrinsic oscillation, reflecting both major and minor suicide events, and time-dependent intrinsic correlation was used to quantify the temporal correlation between suicide deaths and suicide news.

“RESULTS: The media reporting of suicide was synchronized with increased suicide deaths during major suicide events such as celebrity death, and slightly lagged behind the suicide deaths for 1 month in other periods without notable celebrity deaths. The means of suicide reported in the media diversely affected the suicide models. Reports of charcoal burning suicide exhibited an exclusive copycat effect on actual charcoal burning deaths, whereas media reports of jumping had a wide association with various suicide models. Media reports of suicide had a higher association with suicide deaths in urban than in rural areas. 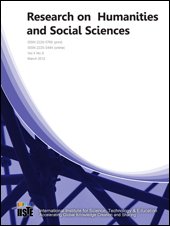 Jahangeer A. Parry, Showkat A. Ganaie, Zahoor A. Nengroo, and M. Sultan Bhat

“The paper examined inequality in the distribution of urban amenities in Srinagar City. Inequality in the study area is manifested in the form of unequal provision of social amenities within the wards (municipal units) of the City. The spatial distribution and concentration of two social amenities, viz, educational institutions and fire service stations was studied. The study mainly relied on the secondary sources of data. The Z-score variate has been used to determine the spatial concentration pattern in the provision of these amenities. However, Lorenz Curve proved to be a useful tool in accessing and quantifying the spatial disparity. The results of the analysis indicate that inequalities exist in the provision of accessibility of these amenities among different wards in Srinagar city. The reasons for the uneven distribution of urban amenities are spurt urban growth in the last three decades and poor management planning. The paper suggests that planning body must keep pace with the urban sprawl in order to ensure the equitable distribution of urban amenities in the city.”