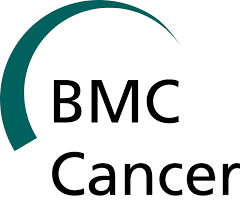 “Background: No study has been conducted to investigate the spatial pattern and association of socioeconomic status (such as income) with breast and colorectal cancer incidence in Texas, United States. This study aimed to determine whether median household income was associated with the risk of developing breast and colorectal cancer in Texas and to identify higher cancer risks by race/ethnicity and geographic areas.

Methods:This was a retrospective cohort study with an ecological component in using aggregated measures at the county level. We identified 243,677 women with breast cancer and 155,534 men and women with colorectal cancer residing in 254 counties in Texas in 1995–2011 from the public-use dataset of Texas Cancer Registry. The denominator population and median household income at the county level was obtained from the U.S. Bureau of the Census. Cancer incidence rates were calculated as number of cases per 100,000 persons and age-adjusted using the 2000 US population data. We used the ArcGIS v10.1 (geographic information system software) to identify multiple clustered counties with high and low cancer incidences in Texas.

Conclusions: This study demonstrated that higher income was associated with an increased risk of breast cancer and a decreased risk of colorectal cancer in Texas. There were geographic variations with cancer incidence clustered in high risk areas in Texas. Future studies may need to explore more factors that might explain income and cancer risk associations and their geographic variations.”