“Background: Cadmium (Cd), lead (Pb), mercury (Hg), and arsenic (As) exposure is ubiquitous and has been associated with higher risk of growth restriction and cardiometabolic and neurodevelopmental disorders. However, cost-efficient strategies to identify at-risk populations and potential sources of exposure to inform mitigation efforts are limited. The objective of this study was to describe the spatial distribution and identify factors associated with Cd, Pb, Hg, and As concentrations in peripheral blood of pregnant women. 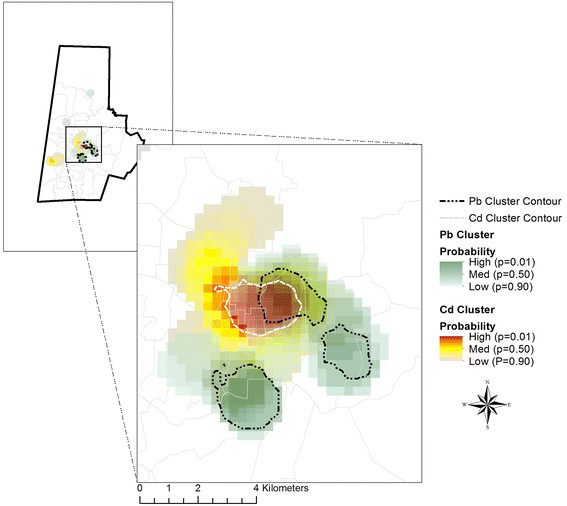 “Conclusions: Our data support that elevated blood concentrations of Cd and Pb are spatially clustered in this urban environment compared to the surrounding areas. Spatial analysis of metals concentrations in peripheral blood or urine obtained routinely during prenatal care can be useful in surveillance of heavy metal exposure.”