“Marine spatial planning (MSP) is increasingly being recognised as an important tool in the sustainable management of marine ecosystems. In preparation for the development of MSP across Scotland, the Scottish Government, via Marine Scotland, first piloted regional marine planning in 2006, through the Scottish Sustainable Marine Environment Initiative (SSMEI). The overarching aim of SSMEI was to develop and test the effectiveness of differing management approaches to deliver sustainable development in Scotland׳s coastal and marine environment. The Shetland Islands׳ Marine Spatial Plan (SMSP) was first developed under the SSMEI programme, and in 2014 the Shetland Islands Council is intending to adopt the fourth edition of the SMSP on a statutory basis as Supplementary Guidance to its Local Development Plan. 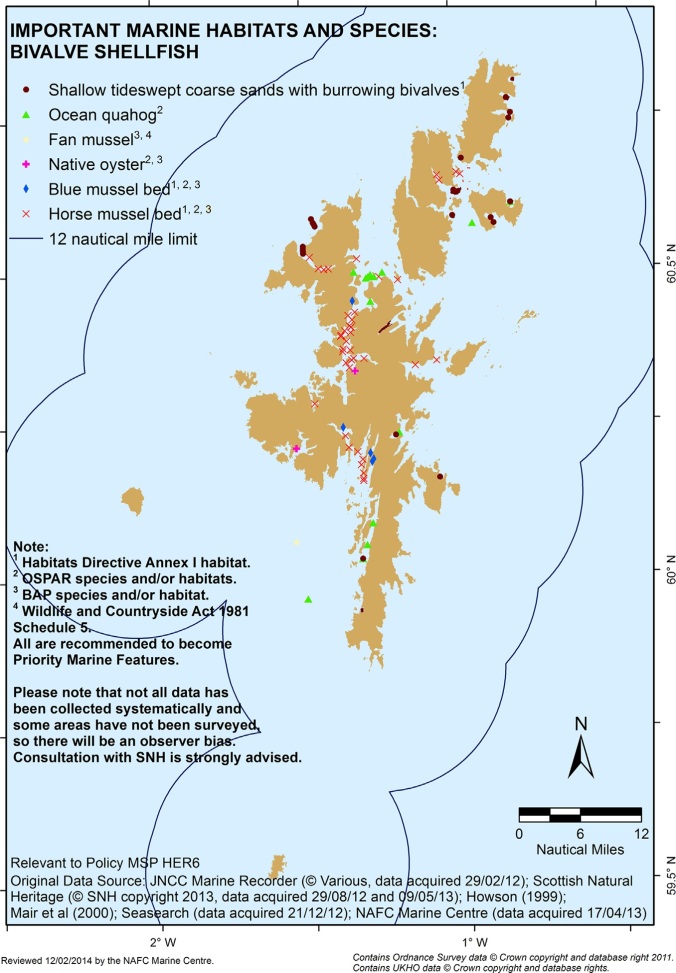 “Using Geographic Information Systems (GISs) the SMSP has incorporated spatial data on existing marine and coastal environmental, socio-economic and cultural features and activities into the decision making process, and is an example of place based management. This has required collecting and collating 127 data sets from a range of data sources, and has utilised local stakeholders to verify evidence. This process has required significant resources by a dedicated marine spatial planning team, as well as by local stakeholders. The data within the SMSP has also been used to develop spatially-specific policies to guide the future development of Shetland׳s coastal and marine environment. It has been used by a range of users including developers and decision makers in planning and assessing areas for development, allowing potential conflicts to be avoided or mitigated early in the development process.”