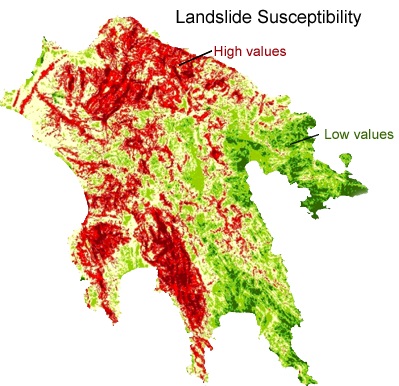 “The validation of the model reveals, that predicted susceptibility levels are found to be in good agreement with the past landslide occurrences. Hence, the obtained landslide susceptibility map could be acceptable, for landslide hazard prevention and mitigation at regional scale. ”