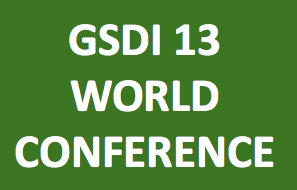 “In our contemporary societal context, reconfigured by wide spread impact of Geolocalization and wikification on urban population’s everyday work and life, two related concepts, “spatially enabled society” and “smart city”, have emerged from two different but related fields: the Global Spatial Data Infrastructure community drives the former while practitioners and researchers in urban planning, urban studies and urban design are more concerned with the latter. We believe that technology enhanced, ICT‐driven solutions that spatially enable the members of urban populations, contribute to smart operation of cities, and we suggest that a dialogue between the communities that foster these two notions needs to be established. We seek to provide an ontology of categorically different, but still related, spatial enablement scenarios along with speculations on how each category can enhance the Smart City agenda by empowering the urban population, using recent projects by the MIT SENSEable City Lab to illustrate our points.”

“Handheld GPS provides a new technology to trace people’s daily travels and has been increasingly used for household travel surveys in major cities worldwide. However, methodologies have not been developed to successfully manage the enormous amount of data generated by GPS, especially in a complex urban environment such as New York City where urban canyon effects are significant and transportation networks are complicated. We develop a GIS algorithm that automatically processes the data from GPS-based travel surveys and detects five travel modes (walk, car, bus, subway, and commuter rail) from a multimodal transportation network in New York City. The mode detection results from the GIS algorithm are checked against the travel diaries from two small handheld GPS surveys. The combined success rate is a promising 82.6% (78.9% for one survey and 86.0% for another). Challenges we encountered in the mode detection process, ways we developed to meet these challenges, as well as possible future improvement to the GPS/GIS method are discussed in the paper, in order to provide a much-needed methodology to process GPS-based travel data for other cities.”

“Background: Malaria is commonly considered a disease of the poor, but there is very little evidence of a possible two-way causality in the association between malaria and poverty. Until now, limitations to examine that dual relationship were the availability of representative data on confirmed malaria cases, the use of a good proxy for poverty, and accounting for endogeneity in regression models.

“Methods: A simultaneous equation model was estimated with nationally representative data for Tanzania that included malaria parasite testing with RDTs for young children (six-59 months), and accounted for environmental variables assembled with the aid of GIS. A wealth index based on assets, access to utilities/infrastructure, and housing characteristics was used as a proxy for socioeconomic status. Model estimation was done with instrumental variables regression.

“Results: Results show that households with a child who tested positive for malaria at the time of the survey had a wealth index that was, on average, 1.9 units lower (p-value < 0.001), and that an increase in the wealth index did not reveal significant effects on malaria.

“Conclusion: If malaria is indeed a cause of poverty, as the findings of this study suggest, then malaria control activities, and particularly the current efforts to eliminate/eradicate malaria, are much more than just a public health policy, but also a poverty alleviation strategy. However, if poverty has no causal effect on malaria, then poverty alleviation policies should not be advertised as having the potential additional effect of reducing the prevalence of malaria.”