“This study uses an agent-based model for ex ante assessment of agricultural innovations. The model builds on whole farm mathematical programming (MP) and extends the methodology with a spatial representation of the system, the heterogeneity of farm households and landscapes, and the interaction between farm households. We apply the model in a northern Thai watershed to study the potential of four innovations to increase the profitability of litchi orchards. Cost-benefit analysis shows that each innovation would increase the profitability of litchi growing; however, the results of the agent-based model show that at current price levels these innovations alone would not be enough to stem the decline in the area under litchis. The model was validated and the sensitivity of the results tested for variations in the irrigated water supply and liquidity. We report on how farmers responded to these results and discuss the implications for other areas in northern Thailand.”

“Visceral leishmaniasis (VL) is a major public health problem in the Indian subcontinent where the Leishmania donovani transmission cycle is described as anthroponotic. However, the role of animals (in particular domestic animals) in the persistence and expansion of VL is still a matter of debate. We combined Direct Agglutination Test (DAT) results in humans and domestic animals with Geographic Information System technology (i.e. extraction maps and scan statistic) to evaluate the exposure to L. donovani on these 2 populations in a recent VL focus in Nepal. A Poisson regression model was used to assess the risk of infection in humans associated with, among other factors, the proportion of DAT-positive animals in the proximities of the household. The serological results showed that both humans and domestic animals were exposed to L. donovani. DAT-positive animals and humans were spatially clustered. The presence of serologically positive goats (IRR=9.71), past VL cases (IRR=2.62) and the proximity to a forest island dividing the study area (IRR=3.67) increased the risk of being DAT-positive in humans. Even if they are not a reservoir, domestic animals, and specially goats, may play a role in the distribution of L. donovani, in particular in this new VL focus.” 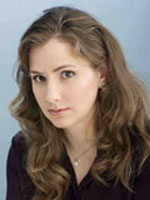 “It is not enough just to assess an installation’s impact on the environment; one must also assess the impact of a changing environment on the installation. ”

“Temperature and rainfall vary markedly throughout Eritrea, from hot desert in the east to a mild, subhumid climate in the highlands (Wolfe et al., 2008). Prediction and understanding of the spatial variation of climate data, particularly temperature, is important to many agricultural and economic sectors for planning and management activities (Moral, 2009). This is especially important in Eritrea where agriculture provides 12.4% of the gross domestic product, and 80% of the population are involved in farming and herding (Wolfe et al., 2008).

“Several studies have demonstrated that various spatial interpolation techniques perform differently depending on the type of attribute, geometrical configuration of the samples, spatial resolution, world region, etc. (Martínez-Cob, 1996; Goovaerts, 2000; Haberlandt, 2007). Hence, selecting the best interpolation technique for each particular situation is a key factor. The major objective of this study is to assess the spatial variability of annual average temperature in the southern region of Eritrea by comparing different interpolation procedures. The temperature data were minterpolated using a deterministic method (Inverse square distance) and three geostatistical methods (Ordinary, Universal and Simple kriging). The performance of the different techniques was compared through error statistics computed using Jackknife cross-validation.”

Session: “Mapping and Spatial Analysis of the Food Environment”

“Introduction: Social determinants of health include consumers’ ready access to affordable, nutritious food, including full-service groceries, but minority and high-poverty communities are less likely to have accessible national chain groceries. Indianapolis in 2008-09 was ranked among the top 25 foodhardship MSAs [19.9% families/past year].

“Implications: Social costs of low grocery availability in high-poverty census tracts are borne not only in affected communities’ prevalence of obesity and diabetes, but also increases the likelihood of food insecurity in the broader population. ”

“Purpose – While the demand for weather-based agricultural insurance in developed regions is limited, there exists significant potential for the use of weather indexes in developing areas. The purpose of this paper is to address the issue of historical data availability in designing actuarially sound weather-based instruments.

“Findings – The applicability of the estimation method is validated using a rich data set from Iowa. Results from the historical analysis indicate that the systemic nature of weather risk can vary greatly over time, even in the relatively homogenous region of Iowa.

“Originality/value – The paper shows that while the kriging method may be more complex than competing models, it also provides a richer set of results. Furthermore, while the application is specific to forage production in Iowa, the rainfall model could be generalized to other regions by incorporating additional climatic factors.”

“Geographic information systems and satellite remote sensing information are emerging technologies in land-cover change assessment. They now provide an opportunity to gain insights into land-cover change properties through the spatio-temporal data capture over several decades. The time series of Landsat images covering the 1985–2009 period is used here to explore the impacts of surface mining and reclamation, which constitute a dominant force in land-cover changes in the northwestern regions of the Czech Republic. Advanced quantification of the extent of mining activities is important for assessing how these land-cover changes affect ecosystem services such as croplands. The images employed from 1985, 1988, 1990, 2000, 2002, 2003, 2004, 2005, 2006, 2007, 2008, and 2009 assist in mapping the extent of surface mines and mine reclamation for large surface mines in a few selected areas of interest. The image processing techniques are based on pixel-by-pixel calculation of the vegetation index, such as NDVI. The NDVI values are classified into the defined classes based on CORINE Land Cover 2000 data in a 3280 km2 strip of Landsat images. This distribution of NDVI values is used to estimate the land-cover classes in the local areas of interest (184 km2, 368 km2, 737 km2, and 1,474 km2). Thus, the approximate land-cover stability of the 3,280 km2 strip during the whole 1985–2009 period is used to explore land-cover disturbances in the local areas of surface mines. In the case of NDVI, it also includes variations, presumably caused by seasonal vegetation effects, and local meteorological conditions. However, the main trends related to mining activities during the long-term period can be clearly understood. As a result, other objectives can be explored in the 1985–2009 period, such as cropland changes to other land use classes, changes of cropland patterns, and their impacts on food security. The presented spatio-temporal modeling based on long time series from 12 satellite images provides considerable experience for processing NDVI in the framework of identification of land-cover classes and also, to a certain degree, cropland variability with its impact on food security.”