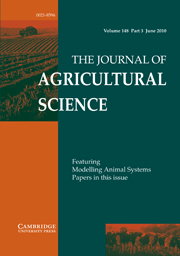 “The study on lowland tropical forest plants is complicated by the extreme species diversity, very complex plant mosaic and time constraints. These impediments however do not occur in mountain forest, where habitat diversity is clearly distinguished by small homogenous plants types. Plant association and composition study were presented in this work from two locations of Mount Tahan, Malaysia the relatively untrampled and the trampled site. In each site, plant species number, vegetation cover, plant height, and species cover and frequency in untrampled and trampled areas were counted or measured. The analysis included a field survey following the relevance method of Braun-Blanquet and mapping using a GIS. The study focused on altitudinal distribution of specific plants communities located between 1900 m and 2140 m altitude. The data from field survey were mapped and analyzed in GIS. The phytosociological classification revealed that untrampled areas in Botak and Puncak sites were high in species more diversified communities compared to the trampled areas. The results showed that Leptospermum flavescens was the dominant species most in both sites (Botak and Puncak), with 48%, specifically at the untrampled site. The abundance class and sociability value are also high for this species with score 4.5 out of 5, respectively. A total number of trees in the area probably play an important role in quantifying the species richness and diversity parameters. From the study it can be concluded that GIS technique useful in developing a tree mapping system and creating a geo-database for spatial analysis. Further studies are recommended to integrate more data into the system for better evaluation.”

“Data assimilation of satellite-based observations of hydrological variables with full numerical physics models can be used to downscale these observations from coarse to high resolution to improve microwave sensor-based soil moisture observations. Moreover, assimilation can also be used to predict related hydrological variables, e.g., precipitation products can be assimilated in a land information system to estimate soil moisture. High quality spatio-temporal observations of these processes are vital for a successful assimilation which in turn needs a detailed analysis and improvement. In this research, pattern recognition and adaptive signal processing methods are developed for the spatio-temporal analysis and enhancement of soil moisture and precipitation datasets. These methods are applied to accomplish the following tasks: (i) a consistency analysis of level-3 soil moisture data from the Advanced Microwave Scanning Radiometer – EOS (AMSR-E) against in-situ soil moisture measurements from the USDA Soil Climate Analysis Network (SCAN). This method performs a consistency assessment of the entire time series in relation to others and provides a spatial distribution of consistency levels. The methodology is based on a combination of wavelet-based feature extraction and oneclass support vector machines (SVM) classifier. Spatial distribution of consistency levels are presented as consistency maps for a region, including the states of Mississippi, Arkansas, and Louisiana. These results are well correlated with the spatial distributions of average soil moisture, and the cumulative counts of dense vegetation; (ii) a modified singular spectral analysis based interpolation scheme is developed and validated on a few geophysical data products including GODAE’s high resolution sea surface temperature (GHRSST). This method is later employed to fill the systematic gaps in level-3 AMSR-E soil moisture dataset; (iii) a combination of artificial neural networks and vector space transformation function is used to fuse several high resolution precipitation products (HRPP). The final merged product is statistically superior to any of the individual datasets over a seasonal period. The results have been tested against ground based measurements of rainfall over our study area and average accuracies obtained are 85% in the summer and 55% in the winter 2007.”

“Background: Transmission mechanisms of black-band disease (BBD) in coral reefs are poorly understood, although this disease is considered to be one of the most widespread and destructive coral infectious diseases. The major objective of this study was to assess transmission mechanisms of BBD in the field based on the spatio-temporal patterns of the disease.

“Methodology/Principal Findings: 3,175 susceptible and infected corals were mapped over an area of 10×10 m in Eilat (northern Gulf of Aqaba, Red Sea) and the distribution of the disease was examined monthly throughout almost two full disease cycles (June 2006–December 2007). Spatial and spatio-temporal analyses were applied to infer the transmission pattern of the disease and to calculate key epidemiological parameters such as (basic reproduction number). We show that the prevalence of the disease is strongly associated with high water temperature. When water temperatures rise and disease prevalence increases, infected corals exhibit aggregated distributions on small spatial scales of up to 1.9 m. Additionally, newly-infected corals clearly appear in proximity to existing infected corals and in a few cases in direct contact with them. We also present and test a model of water-borne infection, indicating that the likelihood of a susceptible coral becoming infected is defined by its spatial location and by the relative spatial distribution of nearby infected corals found in the site.

“Conclusions/Significance: Our results provide evidence that local transmission, but not necessarily by direct contact, is likely to be an important factor in the spread of the disease over the tested spatial scale. In the absence of potential disease vectors with limited mobility (e.g., snails, fireworms) in the studied site, water-borne infection is likely to be a significant transmission mechanism of BBD. Our suggested model of water-borne transmission supports this hypothesis. The spatio-temporal analysis also points out that infected corals surviving a disease season appear to play a major role in the re-introduction of the disease to the coral community in the following season.”

Collaborative GIS in the Community

“For disaster risk management and risk-based urban planning, time-dependent knowledge on the spatial distribution of various social groups is of critical importance. However, in a highly dynamic urbanizing world data are mostly outdated, generalized, not area-wide, not reliable or even not existing. This paper explores the potential of interdisciplinary integration of social science and remote sensing to deal with the problem of area-wide and up-to-date information derivation of the spatial distribution of population, and especially the vulnerable groups. The integration of conventional socio-economic data (census and household survey data) with the structural information of the urban landscape extracted from remotely sensed data aims at assessing dynamic exposure of various social groups. The analysis was done for the case study in the tsunami and earthquake prone coastal city of Padang, West Sumatra, Indonesia. The information generated is particularly useful for giving an additional insight for urban planners, how land use and urban development shape the exposure of various social groups to natural hazards.”

“Evolution in human life-history traits is influenced by environmental factors and, when genetic components underlie the relations, by micro-evolutionary forces. Age at reproduction is largely influenced by the familial cultural context and socioeconomic level, besides the maternal well-being and genetic background. The Sardinian population is characterized by historico-geographical isolation and differentiates from Italian mainland and other European populations in bio-demographic and cultural characteristics, among which the tendency to delay maternity persisting through generations. In our study, we investigated whether, in Sardinia, areas of “reproductive longevity” exist, where a higher-than-average incidence of late maternities combines with a lower-than-average cost in terms of perinatal death. Data from the Italian Central Institute of Statistics regard all 1980–1996 Sardinian births. Using spatial analysis of late maternity (proportion of babies born to mothers aged ≥35 years) and associated perinatal mortality (proportion of babies stillborn and dead within 0–6 days born to mothers aged ≥35 years), we aimed at singling out areas where the indicators run high and low, respectively. The perinatal mortality cost associated with the advanced maternal age [odds ratios (95% CI)] was evaluated through multiple logistic regression models. We identified central inland excess areas qualified by higher incidence of late maternities (27% vs. 22% in nonexcess area) and lower cost in perinatal mortality [OR=1.38 (1.04–1.84) vs. OR=1.74 (1.55–1.96) in nonexcess area]. In these “reproductive longevity” areas, the inbreeding coefficient was 3.7-fold higher than in the nonexcess areas, suggesting possible population homozygosity in genetic factors affecting the trait. Further and deeper investigations on biological and environmental determinants could focus on these target areas.”

“This study aims to increase the accuracy with which remotely sensed data can be used to generate thematic maps of land cover classes. It explores the use of geostatistical models to characterize the inherent spatial variation between different land covers (woodland, rough grassland, managed grassland, and built land) and integrates these into a supervised, nonparametric, k-nearest neighbor (k-NN) per-pixel classifier. The study defines three geographical weighting methods, two of which are based on geostatistical functions. These produce a geographical weighting that is incorporated into two pure k-NN classifiers (inverse distance weighted and difference distance weighted) using a scheme that allows the weights for the information from feature space and geographical space to be varied. The relative merits of the enhanced approach are explored using a spatially and spectrally variable IKONOS subscene. Compared with the original k-NN classifications, which use only the information in the spectral response of pixels treated independently, a statistically significant increase in the overall accuracy was achieved, particularly for land cover classes with considerable within-class variation and between-class confusion.”